Due to current restrictions and the uncertainty of when changes may be made, the Wagga Wagga Show Society has voted not to proceed with the 2020 Wagga Show, It is unfortunate that we have had to make this call but all being well we will be back again in 2021, if the situation does change there may be opportunities for an alternative event this year. The health and safety of the general public must come first.

For all our upcoming events please click the Calendar

The Wagga Wagga Show Society originally operated under Murrumbidgee Pastoral & Agricultural Association. Mr Walter Orton Windeyer of “Wantabadgery” was the first president and Henry Baylis acted as secretary before G.E. Elliot took over in 1865. The first Wagga Wagga Show was held on 21st November 1864, attractions at the show were cattle, sheep and horse exhibitions and prizes were awarded.  Throughout the years the Wagga Wagga Show has continued to grow and  has become one of the oldest sheep shows in Australia. 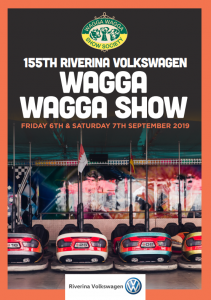